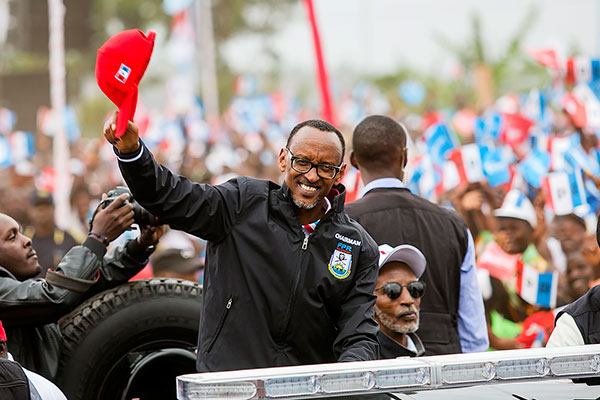 Rwanda goes to the polls today to elect new parliamentary representatives. Having just watched my own country elect a new parliament, I realised there was a lot I didn’t know about how it works here in Rwanda. Here are some of the questions that, like me, you might have been too embarrassed to ask.

1. How many Rwandans will vote in this election and what are they voting for?

According to the National Electoral Commission, 5,953,531 people are registered to vote. While voting is not compulsory in Rwanda a high turn-out is expected. A staggering 98.5% of eligible Rwandans voted at the last parliamentary elections in 2008. Rwandans are voting to elect 80 members to the Chamber of Deputies, the lower house of the country’s parliament. The elections will be overseen by 1,236 observers and 72,000 polling officers.

2. Why does voting take place over three days?

Rwanda’s elections take place from 16-18 September because not all members are elected in the same way. Thanks to rules designed to ensure diversity, there are four different ways for the 80 members in the Chamber of Deputies to be elected:

The general election of 53 members takes place today, September 16 , while the 24 female members will be elected tomorrow, September 17. The election of the youth and disability representatives will be done on September 18.

3. How many candidates are competing in the election?

There are 410 candidates vying for the 80 seats available in the Chamber of Deputies.

4. What does the Chamber of Deputies do?

The Chamber of Deputies has three main functions. They are:

The chamber carries out these responsibilities through plenary sessions, committee meetings and by calling government representatives (including the Prime Minister and Cabinet Ministers) to give briefings on matters of concern. The chamber also analyses reports submitted by government institutions. The first thirty minutes of each parliamentary sitting day is set aside to hear complaints from Rwandans.

5. How many political parties are there in Rwanda and do they all have candidates running for parliament?

There are 11 political parties in Rwanda. They are:

The Democratic Green Party of Rwanda was registered in August 2013 but did not field candidates for the election. The previous parliament was controlled by a coalition led by the Rwanda Patriotic Front. For these elections that coalition is made up of the RPF, PDI, PPC, PSR and the PDC.

The National Electoral Commission is responsible for organising the elections, including announcing candidates, voter registration, staffing polling stations and announcing election results, which by law they must do no later than September 25. This fact sheet from the commission has a lot of great information if you’re like me and interested in learning more.

April 7 marks 19 years since the Genocide against the Tutsi in Rwanda. During a period of 100 days more than one million women, children and men were slaughtered in the world’s most brutal and efficient killing spree.

Half a century of ethnic division, first propagated by European colonisers, saw Rwanda bereft of respect for life and human dignity. The country was torn apart from its core by the events of 1994, leaving virtually every social and political institution destroyed.

To this day, many Rwandans have not been able to bury their loved ones and some who planned and carried out the genocide still walk freely on the streets of nations like France.

I’ve lived in Rwanda for just over a year now and I’ve seen the incredible strength and resilience of my friends and colleagues, many of whom lost brothers, sisters, mothers and fathers during the genocide. I don’t know how they do it, and my respect for them cannot be measured, let alone described in words.

Rwanda today stands out as a development success story. Child mortality rates are approaching the global mean, primary and secondary education is virtually universal, more than 90% of people have health insurance and 56% of the country’s parliamentarians are women (the highest in the world).

By no means is Rwanda perfect and much progress is still needed, but what I’ve witnessed is a sense of national unity that would have seemed beyond impossible in the days and months after the genocide. It’s a unity not based on the ‘us and them’ paradigm, but on the desire to build a nation together – to reclaim the hope, opportunity, dignity and respect for life that was lost with each and every murder in 1994.

The genocide didn’t affect me or my family and it probably didn’t affect yours either, but it is our collective responsibility to make sure that the events of 1994 never happen anywhere ever again. Just as Rwandans stand together to mourn those that were lost, we too must stand together to fight racism, bigotry, homophobia, xenophobia and all forms of discrimination. We must stand against all those who wish to divide us.

Rwanda has taught me that a people united are capable of anything. And that gives me great hope for the future.